Two days into our drive from Florida to Pittsburgh I woke up and looked out of the screen of the rooftop tent and gazed upon a boat yard in mid-repair from last year’s storms.  We were in Swansboro, NC, and I realized “we’re nowhere near Pittsburgh.” A heavy rain had blown through the previous night, bringing cool air.

As we pulled back on to the highway, Monica pulled out the atlas. Yes, we carry an atlas, and so should you. I learned this lesson the hard way several years ago when we were driving to Mt. Rainier in Washington. We followed our phone’s GPS up the mountain, but once we hit a T in the road, it offered no suggestions. The sign post named two towns in opposite directions that we weren’t familiar with. Which one was “up” the mountain? I went with my gut and took a right. While we got lost our two year-old daughter also went with her gut, spewing warm organic milk all over the back seat of our rental car.

Friends, that phone GPS will reveal your coordinates down to a few yards, but it isn’t very handy when you don’t have a cell signal to show you a map of the planet you’re on. And when it comes to camping, Google Maps is eager to point out every Good Sam, KOA, monster RV “campground” in the area, but it’s terrible when it comes to places where you might actually want a tree between you and your neighbor. The atlas ($6 at the AAA office) is peppered with green areas, which could mean anything from “scenic national park” to “unexploded ordnance.” What we found, was a Virginia State Park, not far from the colonial treasures of Jamestown and Williamsburg. 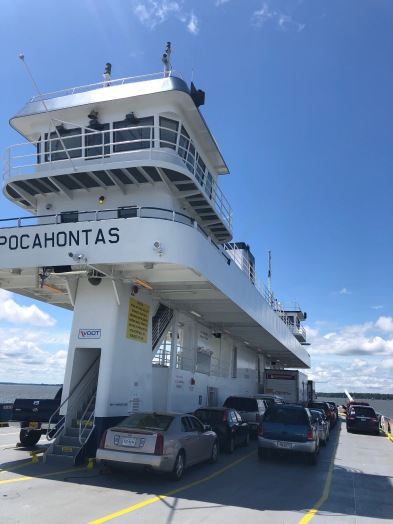 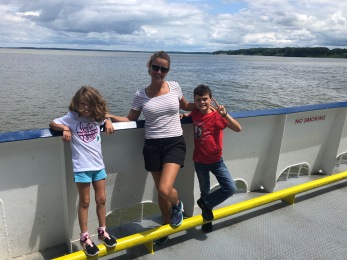 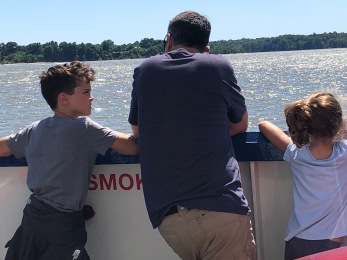 Before we got too comfortable at Chippokes Plantation State Park in Virginia, we hopped on a ferry to Jamestown, home to the first permanent English settlement in the New World (a generation after the Spanish established St. Augustine in Florida, but it’s not a competition.)

Our plan was to spend a few hours at Jamestown so that we could spend the following day at Colonial Williamsburg. Well, this history-loving family got sucked in. We pulled in to Jamestown first. The original site, except for a church, washed away when the river banks shifted, so the State of Virginia has recreated the settlement based on written accounts. Except it didn’t wash away. In the 1990s, after a few centuries assuming that Jamestown was at the bottom of the James River, a smart guy with a Ph.D. said, “You know, they probably wouldn’t build the church outside the protection of the settlement walls.” They started digging and started finding the remnants of the original village. 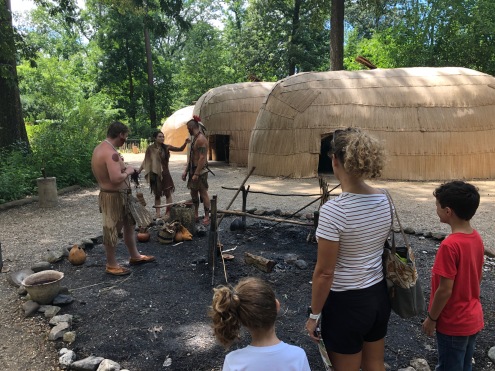 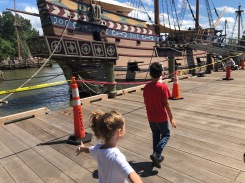 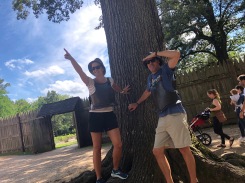 There’s Jamestown and then there’s Jamestowne. The State of Virginia has an elaborate Jamestown (no ‘e’) recreation. This includes a somewhat cringe-worthy collection of well-meaning, earnest graduate students dressed as early Native Americans, making native crafts. I suppose this is less weird than dressing modern Native Americans as early natives, but it didn’t strike us as extremely “woke.” Count this as a rare instance in which I’ve objected to partially clad coeds. If Indian dress-up strikes me as questionable (full disclosure: we both went to Florida State), we wasted no time donning the attire of smallpox carrying explorers. 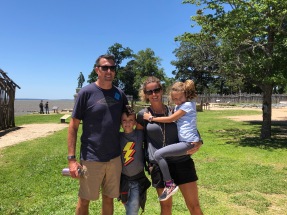 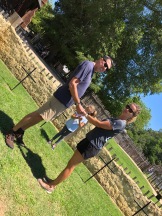 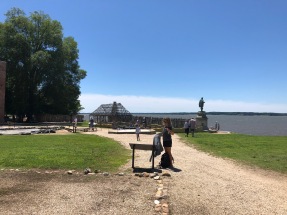 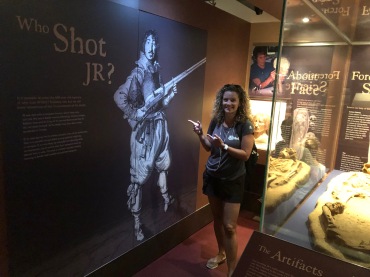 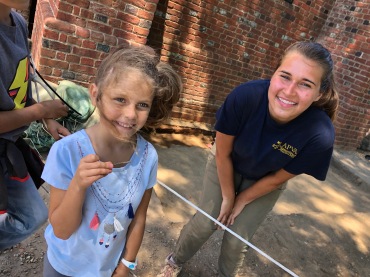 After the discovery of the real Jamestown, the site was acquired by a private preservation organization, which went with the olde spelling of Jamestowne. It’s a sprawling archaeological site that took us most of a day to visit. Here we briefly renewed our vows, our daughter officiating, at the site of Pocahontas’s marriage to John Rolfe (no, Disney, not John Smith). The museum is excellent, and even brought a sense of humor in the forensic archaeology case of “Who shot J.R.?” The best part was when our daughter found a 350 year-old nail on the ground and presented it to a surprised staff archaeologist, who then shared that she had visited Jamestowne as a child and found a human tooth – which inspired her career choice. 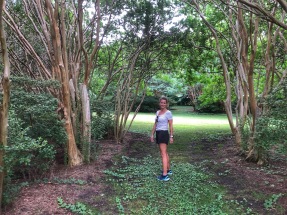 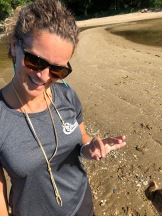 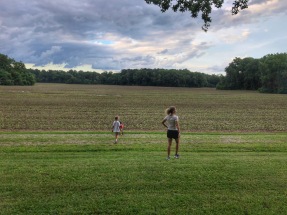 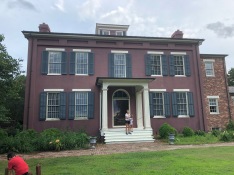 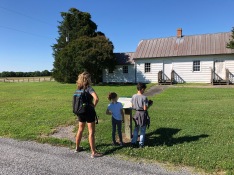 I almost don’t want to tell you how beautiful it was at Chippokes Plantation State Park. It’s our nation’s oldest continually operating plantation – and still has the same boundaries as it did when it was granted in 1619. No awkward reenactments here. The old slave quarters here became dwellings for tenant famers – to this day! Midweek, we found the campground almost empty, even as they prepared to celebrate their 400th anniversary. As campers, we had the chance to explore the plantation grounds alone after hours, and take a guided tour the next day. The land around is still leased to local farmers. The riverbanks are littered with fossilized clams, sharks teeth, pottery shards, and bricks of long-lost settlements.

I think that Chippokes doesn’t attract hordes of camping tourists because it is separated by a ferry ride from busy attractions – and perhaps doesn’t offer all of the camping amenities that fifth-wheelers and mega-RVers require – which is what made it perfect for us. Whatever you do, don’t go there and make it crowded.

With a commitment to meet family in Pittsburgh, we never made it to Colonial Williamsburg (sort of like missing Old Faithful last summer)! We knew it needed another whole day to explore and decided to save it for a future visit. We didn’t know at the time, but our first few days in Virginia would have a big impact on the rest of our trip.